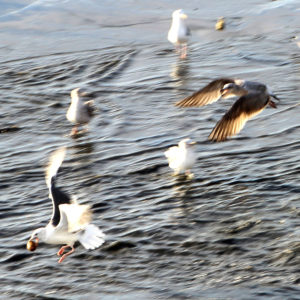 I never went to photography school. I’ve taken a couple of classes in the last few years, but most of what I have learned has been overheard, information presented during the monthly critique meetings at the local photography gallery, or gleaned from random on-line sources. I do have two photography reference books, but find the language difficult to understand so basically I just keep moving forward making pictures and sometimes, out of the clear blue, something will happen and a concept that has been hard for me to grasp will suddenly make sense. “Tack sharp” is one of these epiphanies.

“Tack sharp” first came across my radar three years ago when a female friend used the phrase, then I heard another woman use the phrase last night at the monthly critique. The third woman who used a similar term was my mom who pointed out a person’s brainy nature by referring to them as “sharp as a tack.” The fact that I have never heard a man use the words sharp and tack in the same sentence is inconsequential and, like noticing a particular car on the road after you have purchased one, I’ll probably soon be bombarded with those words in a husky voice.

I was interested in finding out about image sharpness in a photograph because mine never seem sharp enough. At the conclusion of my typical research (talking to folks and reading), the focus problem seems to boil down to one of three issues: 1) a poor quality lens, 2) not holding the camera steady, or 3) a moving target. Solutions were to use a higher quality lens, a tri-pod, and shoot non-moving subjects.

On a recent road trip, I tested renting a higher quality lens and the results were slightly better. I have a tri-pod in the trunk, but like my father’s hearing aid which he kept in his dresser drawer, it’s never taken out. On the topic of shooting stationary objects, as a street photographer, that just doesn’t seem to be in my nature.

I have resigned myself to the fact that the charm of my photos is due to the weather, lighting and activity of wherever I happen to be when I have camera in hand and snap the photo. That said, I am finally happy to be “sharp as a tack” in understanding how to make “tack sharp” images so that now I can knowingly continue down my favored path of shooting images without stopping to set-up equipment and running the risk of missing the unexpected moment. It’s simple recognition of the moment trumping the technique. 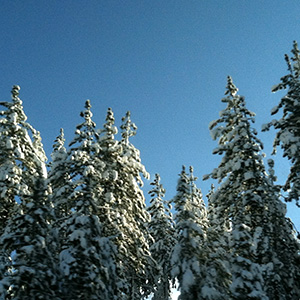 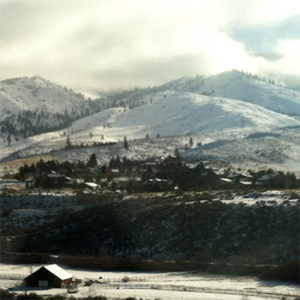 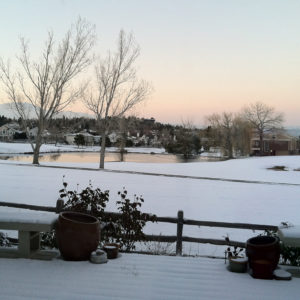 In Gin Sander’s 2016 The Big Bucket List Book, 133 Experiences of a Lifetime, I was referenced three times. # 1 on my bucket list is a handmade pair of shoes – better yet, custom Western boots; #2 ride on a float in a  Mardi Gras Parade – which I did four times as a California transplant to the New Orleans Krewe of Tucks; #3 make art –  art makes the world smile back at you, it feeds your soul, it anchors you. Not on my top ten list was to take a bus ride through the Sierra Nevada Mountains during the biggest snow drop in 10 years which television news referenced as “life-threatening.” It was not my intension to be there, but I was, on a too long bus ride in a tunnel of white. Off-setting the white knuckle experience was a clearer understanding of white balance.

White-balance (in photography terms) refers to the color of the light source (sun, florescent, incandescent, overcast) and is measured in ‘Kelvin’ temperature which identifies a number related to the warmth or coolness of the light/source. It ranges from 2000K (warm) to 11000K (cool). Example, ‘warm’(red) candlelight 2000K, sunrise/sunset 3000K, ‘daylight’ (RGB) 5500K, and ‘cool’ (blue) deep shade 9000K. When you change the white-balance setting on your camera, you’re adapting your camera to the light source and, in theory, capturing the ‘as seen’ image. A sunny day will appear warmer (lighter) with a lower number setting and a cloudy day will look cooler (darker) with a higher number setting.

On the 2.5 hour bus ride from Sacramento, CA to Reno, NV last week, when we crossed the Sierra summit, I noticed that the giant pine trees cast a blue green shadow on the newly fallen snow. On the four hour trip back, the shadows were obscured by snow drifts. Unlike the new snow of a few days previous, the return snow was hard and malicious. It sat packed on the roadside, piled on the drooping limbs of huge pines, and left dirty and unruly in the path of traffic. Snow, which I always considered white in its purest form, was actually a many layered color story starting with fresh virginal white and spreading its tonal range across everything it touched.

In the mountains there seemed to be no white balance. .. only blinding white. There was so much white that testing every setting gave only the relief of spending time. Resetting the white balance to the ‘cloud icon’ on the camera warmed the shot and seemed to take the threat out of the white. There will probably never be a “snowflake white” setting on the camera because the single falling flake has a lifespan of ‘now’ which evaporates once acknowledged.

January 3, 2017 ilundquist Comments Off on EXPOSURE 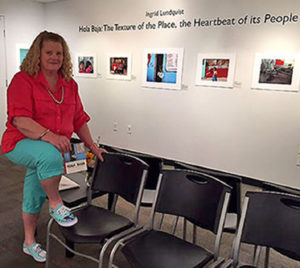 Sacramento, CA, Nov. 9, 2016, Viewpoint Photographic Art Center. Ingrid Lundquist just before the doors open for her first solo photography show, “Hola Baja: the texture of the place, the heartbeat of its people.”

“I’ll remember the year 2016 as The Year of Exposure. Not the type of exposure discussed by photographers referring to a squint-worthy back-lit image or the shot on your cousin’s holiday card of the magical house with 5,000 Christmas lights that show like pinpricks of color mush against the darkness and is accompanied by a desperate “you had to be there” detailed description of a miniature chair lift that ran from the mailbox pole on the sidewalk to the chimney and the ski rope was actually a long clothes line between two rotating wheels, probably driven by a lawn mower motor. No, the real ‘exposure’ of my past 12 months has to with my experience of being exposed and exposing.

Last year when I moved from the horse country of Granite Bay to the loose fringe of Sacramento, I had no idea I was moving from calm earth tones to a vibrant kaleidoscope of primary, secondary, tertiary and simply outrageous colors. In my new neighborhood, complete blocks of buildings appeared to be painted with a single stroke of a broad brush; the enamel on the cars in the grocery store parking lot looked like candy from a gum ball machine which had been stationed too close to a west facing glass door; and women had purple spiked hair instead of shoulder length platinum, twisted into a sleek chignon.

As I was exposed to new sights, my photographic images were exposed to new audiences. It was at the opening night of my very first solo photography show, “Hola Baja: the texture of the place, the heartbeat of its people,” that I felt the power (and fear) of exposure. A group of my photos hung in the small gallery at Viewpoint Photographic Art Center, exposing me to praise or criticism, or even worse, to no response at all.

Once those front doors opened, there was no turning back. I was dressed for a party, but felt unexpectedly naked and exposed through the images surrounding me on the walls. More than 200 people wandered in off the street that night. They didn’t know me, but many connected with my photos. From elementary school aged kids to great grandparents, I spoke to them and was pleasantly surprised to learn that they liked the photos. They were drawn to what my eye saw and the camera captured. Some liked the brilliant colors and others felt a connection to the subject matter. Their enjoyment of the images, and their appreciation for what I exposed them to, brought me deep satisfaction which far outweighed my personal fear of being exposed.